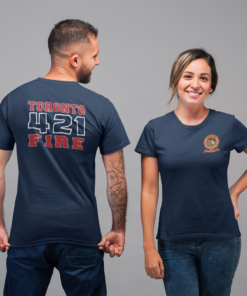 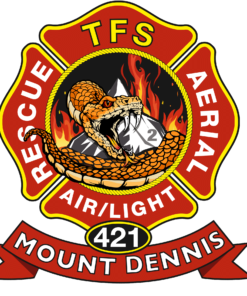 These are produced using our ElastX technology and will last a really long time. The Shirt is an ATC 8000 Ringspun Tee, these are soft and fit way better than a Unisex.
Ladies and Mens styles available, the ladies fit a tad small so you might consider going up a size.
Shirts come in Navy only.

The more fanciful idea behind the Station 421 crest began with an Internet search of “Lambton,” the name of the fire hall’s street, said firefighter Dave Camley. That turned up an English legend about a man’s battle with a giant “Lambton worm.”

Firefighters turned the worm into a serpent and coiled it around a fiery hill that represents Mount Dennis, home turf for the station.

“The serpent is protecting the hill like we protect Mount Dennis,” Camley said.

Be the first to review “TFS Station 421” Cancel reply 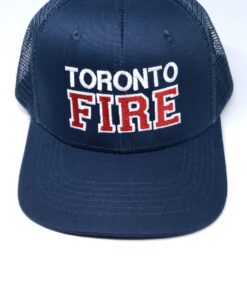 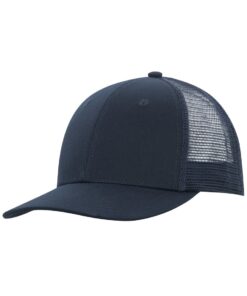 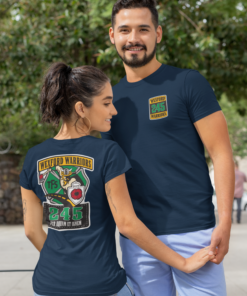 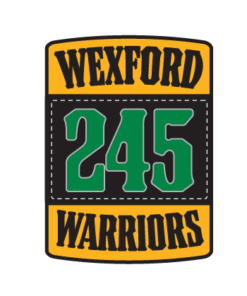 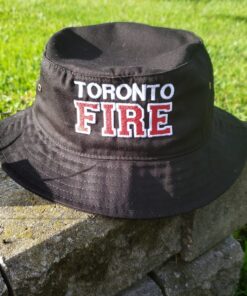 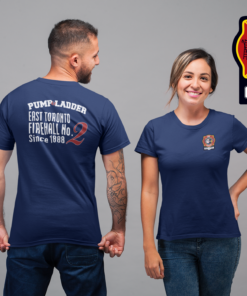 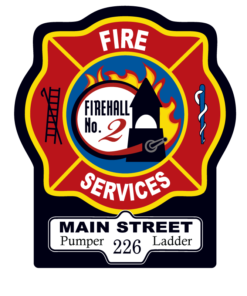